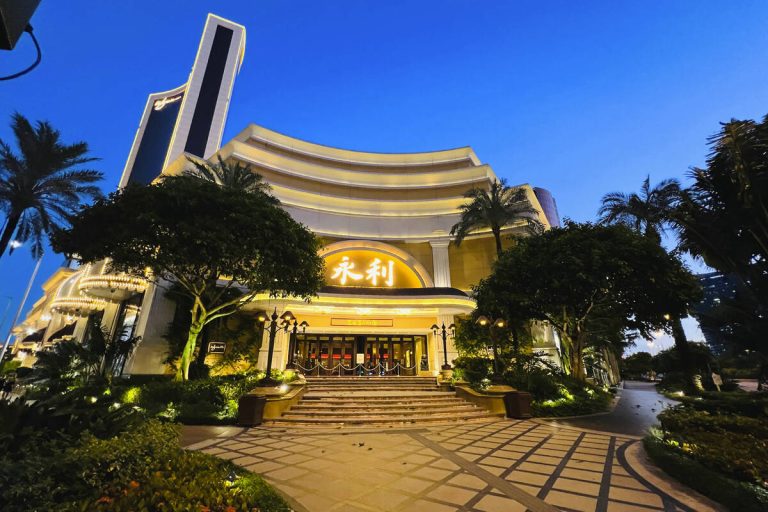 Many people in the gaming industry have begun asking the same question: What is Tilman Fertitta up to, buying an estimated $385 million in Wynn Resorts Ltd. stock?

Local gaming industry analyst John DeCree has a few theories ranging from it’s just a casual investment to maybe it’s the first step toward a corporate takeover. The path to taking the reins of Wynn Resorts would be difficult, according to DeCree.

Fertitta is the sole owner and CEO of Fertitta Entertainment Inc., which owns the Landry’s Restaurants empire and other restaurant brands, the Golden Nugget operations in multiple states including downtown Las Vegas, and the NBA’s Houston Rockets. And he’s a cousin of the Red Rock Resorts-owning Frank Fertitta family.

Tilman Fertitta was in the news a week earlier when he received permission from the Clark County Commission to begin demolishing buildings on 6 acres he acquired at the southeast corner of Harmon Avenue and Las Vegas Boulevard. He submitted plans to build a 2,420-room resort that would include restaurants, convention space, a spa, wedding chapel, auto showroom and a 2,500-seat theater.

It would include suites and villas, VIP salons and a bar and lounge for high-limit gamblers, building plans indicate.

The acquisition of Wynn’s stock occurred the same day he was approved by the county on his 43-story resort. Based on buying 6.9 million shares at Oct. 27’s closing stock price, the value of the purchase would be around $385 million.

Fertitta disclosed the purchase in a Securities and Exchange Commission filing Oct. 31.

Neither Fertitta nor Wynn offered any comments on the stock purchase, the amount of which requires him to disclose it to the Nevada Gaming Commission.

There is no regulation prohibiting Fertitta from making such a purchase, but state regulations say if an individual acquires 5 percent or more of shares, it must be reported to gaming regulators. Only if a transaction involves more than 10 percent of all shares would Fertitta be required to stand before regulators to be licensed for suitability, a process through which Fertitta probably would have no problem winning approval.

The stock buy places Fertitta’s ownership stake in Wynn at 6.1 percent, making him the second-largest investor behind Elaine Wynn, who owns 8.9 percent.

But what is Fertitta doing with his shares?

DeCree, an analyst with CBRE Equity Research in Las Vegas, said Fertitta could simply be making a passive investment in the company, but that would be uncharacteristic of his history.

“While the filing signals a passive investment, Fertitta’s track record would suggest otherwise,” DeCree said in a report to investors published Monday. “We look to his prior acquisitions, including McCormick &Schmick’s and Morton’s Restaurant Group, both of which started with 13G (SEC) filings that culminated in a full takeover. Wynn is a more complicated endeavor, but the take-private saga of Landry’s from 2008-10 is a good example of Fertitta’s tenacity.”

DeCree, who has a $100 price target for Wynn shares, said uncertainties in Macao could be part of the analysis.

Seven companies are bidding for six concessions in Macao, and while it seems highly unlikely that Wynn would be left out when the government makes decisions about what companies are licensed going into 2023, stranger things have happened.

“Wynn shares have sold off 25 percent year to date due to the elusive recovery in Macao that is likely delayed indefinitely as China goes back into lockdown. The concession rebid is expected to conclude by year end 2022, but with a seventh bidder (Genting) in the mix, markets are nervous that a U.S. operator could be displaced, making valuation discovery challenging. Still, we could make an argument that Wynn shares are trading even below fair value of the domestic enterprise, which we value at $76 a share.”

While the stock of companies operating in Macao have taken a beating over the past 2 1/2 years, most analysts are in agreement that the market will come back.

It has been frustrating to watch all the starts and stops of Macao, as it struggles through recovery from the coronavirus pandemic.

It’s difficult for those of us in the U.S. to understand China’s zero-COVID policy that includes lockdowns in locations where an individual tests positive for the disease.

MGM Resorts International saw that happen at its MGM Cotai property last month when a dealer tested positive for COVID and every employee and visitor at the property were quarantined in the building. News outlets broadcast a video of a man trying to escape from the casino and being chased through the streets of Macao by someone wearing a hazmat suit.

Assuming Fertitta is pursuing a passive investment, it could pay off handsomely if Macao rebounds to the $100 price point DeCree has targeted.

But if this is the start of a takeover effort, it will be a fascinating fight for one of Las Vegas’ most storied companies.