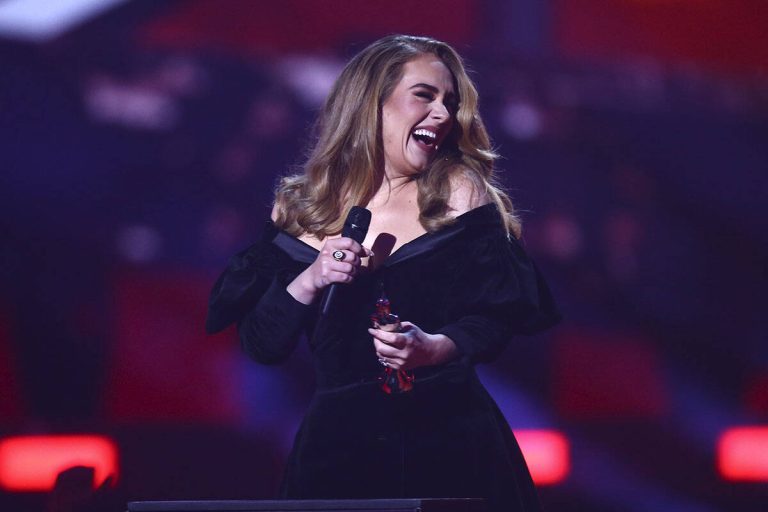 We well remember “Adele Night” at the Playlist monthly music series at the Copa Room at Tuscany Suites. Kenny Davidsen hosted these themed events for about five years, pre-pandemic.

The more popular the songs, of course, the bigger the crowd.

“Adele Night” was packed that evening in February 2016. More than 40 Las Vegas singers, all of them professionals, turned out just after Adele’s “25” was released. The crowd trying to get into the cozy showroom spilled into the casino. Owner Brett Heers turned up to make sure the crush of guests didn’t violate fire code limits.

It might not be Hyde Park, or the Colosseum at Caesars Palace, where “Weekends With Adele” opens Friday night, but there was no denying Adele’s intense popularity among the Vegas entertainment community that night. Only a revival of the Beatles’ “White Album” two years later rivaled “Adele Night.” The experience was a sampling of the energy that Adele generates everywhere.

Some of those who attended, or attempted to, wondered how Adele held sway over so many accomplished entertainers.

Las Vegas singer and vocal coach Lisa Marie Smith hosted that night. The Las Vegas Academy grad co-starred in the production shows “Pin Up” at The Strat and “Baz” at the Palazzo Theater. She is also a swing at Mayfair Supper Club at Bellagio.

“From a technical standpoint, she is accessible, because her range is not out of the question. She is in that female belter range,” Smith says of the 34-year-old British superstar. “From a performance standpoint, she is emotional. She covers relationships. She connects with an audience. Her lyrical content matches her melodic content, so her lyrics and melodies sync in an emotional way.”

Adele has bared her soul throughout her career. The table-setting lyric in “Strangers by Nature,” the opening song on “30”: “I’ll be taking flowers to the cemetery of my heart.” You understand the depth of message when the album starts in a graveyard.

Adele’s latest video, for “I Drink Wine,” shows her sipping vino while gliding along a lake. She casually sings, “We’re in love with the world, but the world just wants to bring us down/By putting ideas in our head that corrupt our hearts somehow.”

Even if you don’t drink the wine, you’re apt to imbibe by the time Adele is finished with this watery trek.

As a student and a teacher, Smith says this emotional quality is uncommon among modern singers.

“In the age of radio pop, where music is very electronically focused, that’s rare,” Smith says. “Even some of the biggest hits today are not very deep. So, when she is singing about relationships, from a female perspective, there is a great emotional connection.”

Michelle Johnson is Las Vegas’ “First Lady of Jazz” and head of the Desert Angels Choir, which over the years has backed such superstars as Barbra Streisand, The Eagles and Michael Bublé. Johnson separately defines the early career Adele and the more mature performer of today.

“When she started, she was a combination of an unusual voice with a personality and a look that was not cookie-cutter,” Johnson says. “Her initial appeal was, she was not someone who fit in any box. She was heavier, she was white, and had a very soulful voice. She comes out and she’s just killing it with these vulnerable songs.”

The key is the visceral connection, which carries through to Adele’s latest material.

“A lot of times, with these stars, the magic pill is their relatability,” Johnson says. “You look at someone like Jennifer Hudson, amazing singer. But any given Sunday, in any church, you’re going to find someone who sings like Jennifer Hudson. But there’s something about the timing, her look, and being in the right place at the right time that makes these people superstars.”

Johnson is quick to qualify, “I am not taking anything away from these stars, but the vulnerability is so evident. With Adele, you feel she knows what she is singing. She knows what it is like not to fit in, not to be like anybody else, to feel alone, not always being cool.”

‘Writing for my generation’

Janae Longo is one Vegas singer who has actually inhabited the Adele persona. The Buffalo, New York, native performed as Adele in “Legends in Concert: Legendary Divas” at the Tropicana. Longo’s crash course in Adele lasted nine months, as the “Legends” show is now all-Elvis with “Back in the Building.”

Longo had not performed as the “Someone Like You” singer before auditioning for the role in December. But she had absorbed her music since she was a teen.

“She’s really writing for people of my generation,” Longo says. “There are all these newbies, the TikTokkers, but who is writing music for us? So, her sense of wellness, language, the fact that she’s been writing since her teenage years, resonates with us.”

Longo feels she knows Adele, beyond just singing in her voice each night in “Legendary Divas.”

“Her writing changes over time, because life experiences change,” Longo says. “Everything she goes through, she is willing to communicate. The breakup montages, expressing her solitude during COVID, feeling depression and recovery. Her intense divorce, worrying about her son, fixing problems from the past, these are all things that everyone can identify with.”

Longo also says conveying these songs with appropriate power and emotion is not an easy task.

“A good friend of mine who is a music teacher came to see the show, and afterward she said, ‘I don’t know how you do that every night,’ ” Longo says. “I just tried to hit the main points and best represent her, because in terms of performance, nobody can really touch her.”