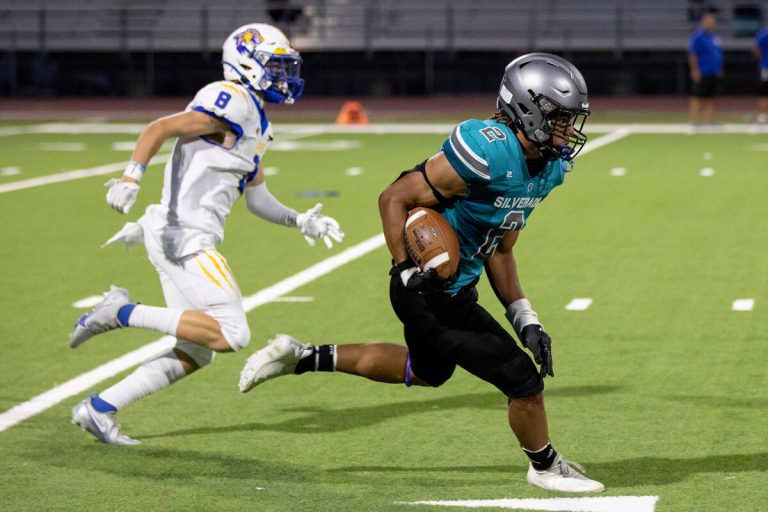 Opponents have a hard time defending Silverado with all the weapons it has on offense.

In the Skyhawks’ 57-17 win last Friday over Coronado in the 4A state semifinals, it was senior running back Donavyn Pellot who went off. He scored five rushing touchdowns, compiled 160 all-purpose yards and picked off a pass. For his efforts, Pellot was named the Nevada Preps Boys Athlete of the Week.

“It felt good,” Pellot said. “I wasn’t focused on (the individual stats). I was really just trying to help my team, help them win. And take what the defense gave me and just play confidently.”

With the win, Silverado is back in the 4A state title game with a chance to repeat as state champions. Pellot said all offseason he and his teammates were focused on doing everything necessary to defend their title.

“For us to put in all that work all summer and fall camp, it feels great that our work has paid off,” he said. “We’re not finished. We have one more game.”

Pellot sees himself playing with more confidence this season. He credits the knowledge gained from his time spent watching game film as one of the reasons why he’s grown as an all-purpose player for Silverado.

In September, Pellot committed to UCLA. While he is locked in on his final high school game, he is looking forward to living a dream of his to play college football.

“It feels great to get to live that dream,” Pellot said. “For all that hard work to pay off, it feels great to be at such a big program like UCLA. It’s really fulfilling.”