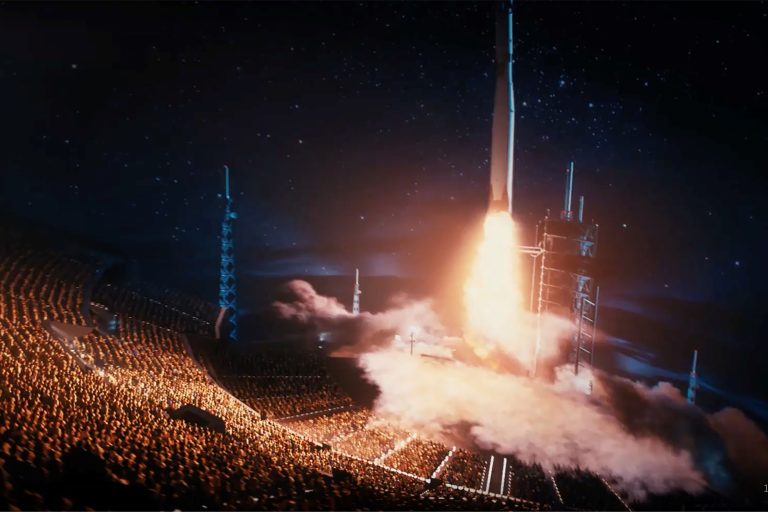 State-of-the-art high-resolution camera equipment that will capture content for presentations at the MSG Sphere at The Venetian is on its way to the International Space Station.

The equipment was aboard a station resupply package that launched Monday morning from NASA’s Wallops Flight Facility in Virginia. It is scheduled to rendezvous with the ISS Wednesday.

Antares carried an enhanced Cygnus spacecraft, named the S.S. Sally Ride, to orbit on a mission to resupply the Expedition 68 crew aboard the space station. Cygnus is bringing crew supplies, new science experiments and other payloads, including the Nanoracks module, to the station before serving as a disposal craft at the end of its mission for soiled clothing, used experiments and general work and living trash.

MSG Sphere Studios sent the highest resolution camera system ever launched to the ISS to test it in microgravity conditions and the harsh environment of space. The camera will be operated inside the ISS for about 60 days, and data and imagery gathered will help shape plans for a new, ultra-high-resolution camera system being developed for MSG Sphere. Two upcoming missions will further test camera capabilities in space, including power systems, data transfer structures and space-hardening of the system, according to a news release.

“Our vision with MSG Sphere is to create immersive experiences that transport audiences to new places, and there are few landscapes more awe-inspiring than space,” Andrew Shulkind, MSG Sphere Studios’ senior vice president of capture and innovation, who serves as the program’s project lead, said in a statement.

“The insights and imagery we gain from this first mission will be invaluable to prepare our groundbreaking camera technology for working in space, and push our collective understanding of Earth and deep space,” Shulkind said.

The MSG Sphere is under construction just east of The Venetian Expo, and is expected to open in the second half of 2023. Once complete, it will be the largest spherical structure in the world with an exterior exosphere that features a fully programmable 580,000-square-foot LED display, the largest LED screen on Earth.

Inside, the venue will house the world’s highest resolution LED screen — a 160,000-square-foot display plane that will wrap up, over and behind the audience at a resolution more than 80 times that of a high-definition television. With 17,500 seats and a scalable capacity up to 20,000 people, the $1.9 billion MSG Sphere will offer original content attractions, concert residencies, product launches and some iGaming, boxing and mixed martial arts sporting events.