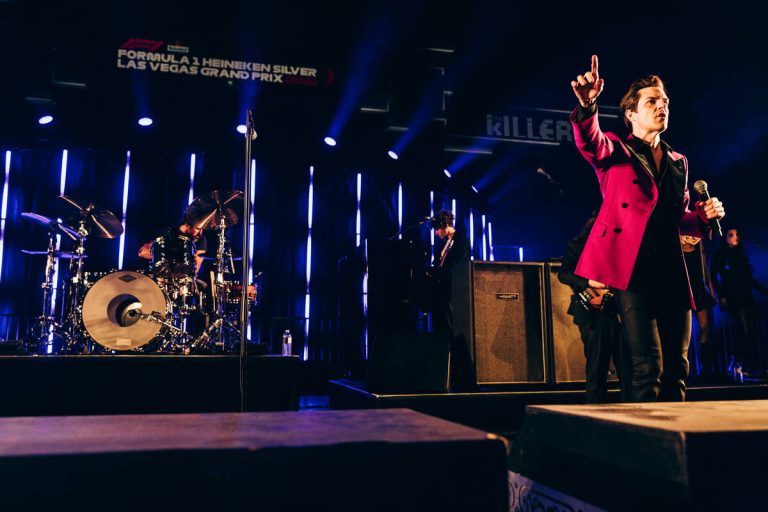 The Killers have played three shows in their hometown of Vegas this year. They’ll add a fourth, with a flourish, just under the wire.

The band is playing its final show of 2022 at the Chelsea at the Cosmopolitan, the resort announced Monday morning. Tickets are on sale 10 a.m. Nov. 18 at cosmopolitanlasvegas.com, or 800-745-3000. Tickets start at $150, not including fees.

The Chelsea show falls inside the dates of the band’s “Imploding the Mirage” world tour, closing March 25 in Houston. The Killers packed the Chelsea during the tour in April. They also played T-Mobile Arena in August and, on Saturday, Palace of the Gods at Caesars Palace to cap the Las Vegas Grand Prix Fan Fest.

Just before taking the stage Saturday night, front man Brandon Flowers was asked about the band headlining a residency in Las Vegas. He said, “We’ve talked a little bit about it. I’m definitely not opposed to it. I love the idea.”

Maroon 5 was the Chelsea’s New Year’s Eve headliners in 2021.

The hotel’s lead entertainment executive is, predictably, ready to rock again with the band that broke in Vegas.

“The Cosmopolitan of Las Vegas has remained at the forefront of the Las Vegas entertainment scene for more than a decade,” Cosmopolitan Vice President of Entertainment and Nightlife Fedor Banuchi said in a statement. “We are honored to have Las Vegas’ very own, The Killers, back to The Chelsea for what is sure to be an unforgettable New Year’s Eve performance.”