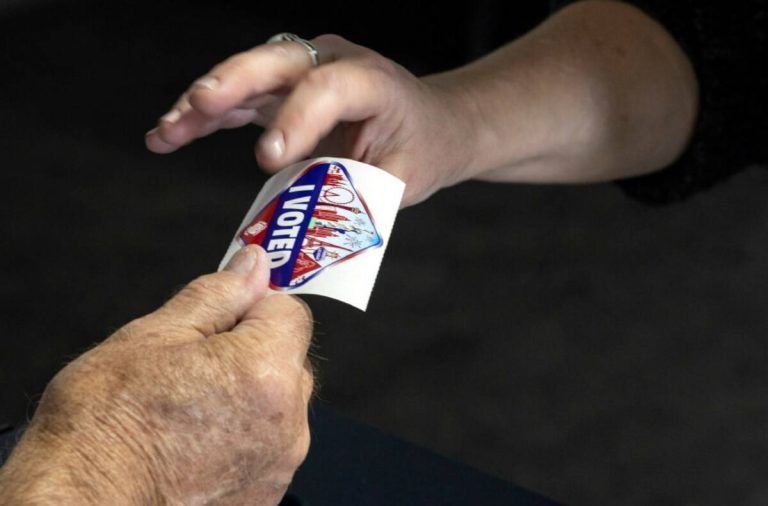 It all comes down to this.

More than a year of campaigning. Millions of dollars of advertising. Thousands of glossy flyers clogging mailboxes. Thousands more texts (“reply STOP to opt out”). And even a couple of debates.

It all ends today, Election Day.

Voters will issue the final word today on races that have national implications and have drawn national media attention. Control of the U.S. Senate could hinge on Nevada, where the race between incumbent Democrat Sen. Catherine Cortez Masto and Republican challenger Adam Laxalt has been called the most competitive in the nation.

Control of the House of Representatives could be determined here in Southern Nevada, as Republicans are battling in unusually tight races in a trio of newly redrawn congressional districts that cover the middle and southern end of the state.

And the state Republican Party will see if exceptionally conservative candidates in the mold of Donald Trump can defeat Democrats in several statewide constitutional offices, one of which could affect how elections are conducted in the state for at least the next four years.

The U.S. Senate contest has seen a record-setting amount of spending, $176 million, according to the New York Times, citing an analysis by media-tracking firm AdImpact. For all that money, the race is still razor-thin: The Real Clear Politics polling average on Monday had Laxalt ahead, 47.6 percent to 44.9 percent.

With the Senate divided equally between the parties, a single seat could flip the balance of power to Republicans. Laxalt is that rare candidate who has been endorsed by both former President Donald Trump and Senate Majority Leader Mitch McConnell, who have an acrimonious relationship but nonetheless agreed on Laxalt as the GOP’s standard bearer in this contest.

The same situation is found in Southern Nevada’s three congressional districts, where a 2021 redistricting redistributed Democratic voters. As a result, the previously ultra-safe 1st Congressional District, represented by Dina Titus, is suddenly competitive, with Republican Mark Robertson even leading in some polls. The always competitive 3rd District, represented by Congresswoman Susie Lee, is even more so, as Lee faces off with Republican attorney April Becker.

Polls show Rep. Steven Horsford, whose district stretches from North Las Vegas to encompass the entire middle of the state, with a lead over his Republican opponent, Sam Peters.

Republicans need to flip just five seats to gain control of the House.

In addition to national races, the race for governor has drawn interest beyond Nevada. Democratic Gov. Steve Sisolak is fighting for a second and final term against Clark County Sheriff Joe Lombardo, the Republican nominee. The Real Clear Politics average on Monday had Lombardo ahead, 46.7 percent to 44.4 percent.

In addition, the race for secretary of state has drawn national interest, with former Assemblyman Jim Marchant — who has consistently claimed without evidence that the 2020 election was stolen — pitted against Democratic attorney Cisco Aguilar. The secretary of state oversees Nevada elections, and Marchant has traveled to rural Nevada counties to preach the virtues of hand-counted paper ballots over electronic voting machines.

In this election, Nye County has elected to use paper ballots and hand counting, although the new county clerk has said he will also use voting machines to count ballots in a parallel process.

Polls will be open today from 7 a.m. to 7 p.m., and voters can drop off their completed mail ballots at any voting location in Clark County. Any voter who is in line at 7 p.m. will be allowed to cast a ballot, no matter how long it takes.

Why? It’s a feature of the greater reliance on mail-in ballots, which began during the 2020 COVID-19 pandemic as a way to keep lines at polling places short and protect voters and election workers from exposure to the coronavirus. The policy of mailing every active registered voter a mail ballot was made permanent in 2021.

Under the law, any ballot postmarked by Tuesday and received by the county by Saturday will be counted, which means outstanding mail ballots will continue to be tabulated through next week. Those vote totals could change the results, especially in close races. The county has to finish counting ballots by next week, and certify the election by Nov. 18.

Nevada is one of several states where the U.S. Justice Department will send monitors to ensure compliance with voting rights laws on Tuesday.

That action occurs regularly on Election Day, and will see monitors sent to Nevada’s most populous counties, Clark and Washoe. Monitors will also be sent to Queens in New York City, Cuyahoga County, Ohio (where Cleveland is located); several counties in Pennsylvania, three counties in Texas and two others in Virginia.