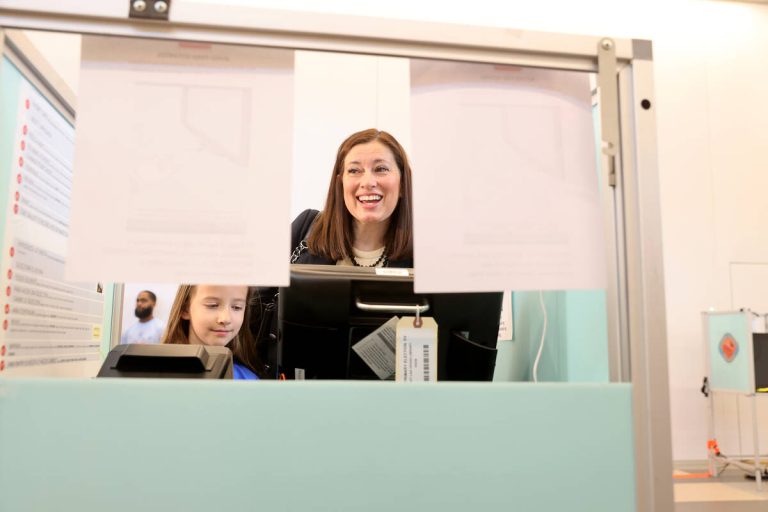 RENO — Early election results show Republicans leading in races for lieutenant governor, treasurer and controller, although many mail ballots have yet to be counted.

Cano Burkhead, who was appointed to the position by Gov. Steve Sisolak in December, is a former teacher and principal in the Clark County School District and had little prior political experience before her appointment. Cano Burkhead has said she wants to promote outdoor recreation in the state.

Anthony, on the other hand, has served on Las Vegas City Council since 2009 and previously served on the Nevada System of Higher Education Board of Regents. In 2020, Anthony lost his bid for the Clark County Commission by just 15 votes, which he has claimed was the result of a “stolen” election.

Conine, who previously worked as a casino manager before being elected to the position in 2018, has touted his record throughout the campaign, pointing to the state receiving its highest credit rating and increasing access to unemployment benefits post-pandemic.

Conine has been endorsed by some Republicans, including former state Republican Party chair Amy Tarkanian.

Fiore originally ran for governor before switching to the treasurer’s race before the June primary. A former state legislator, the Republican has served on the Las Vegas City Council since 2018.

Fiore’s home was raided by the FBI last year as part of a campaign finance violation investigation. She and fellow Councilwoman Victoria Seaman got into a physical altercation at City Hall in January 2021, in which Seaman’s finger was broken. Seaman later sued the city, but an outside law firm’s investigation concluded both women participated in the fight.

Spiegel and Matthews faced off in the race for controller after outgoing Catherine Byrne declined to run for re-election.

Spiegel served in the Assembly from 2008-2010 and again from 2012-2020. A former projects manager at a number of companies, Spiegel has proposed a program that would provide provisional business licenses for individuals who can’t afford them.

Matthews, who formerly led the conservative policy advocacy group Nevada Policy Research Institute, is serving his first term in the Assembly. If elected, he has said that he wants to increase transparency in the office by expanding the detail provided in the office’s annual report.

Libertarian candidate Jed Profeta is also in the race for controller.

An unknown number of mail ballots have yet to be counted. Final election results will likely not be available for several days.