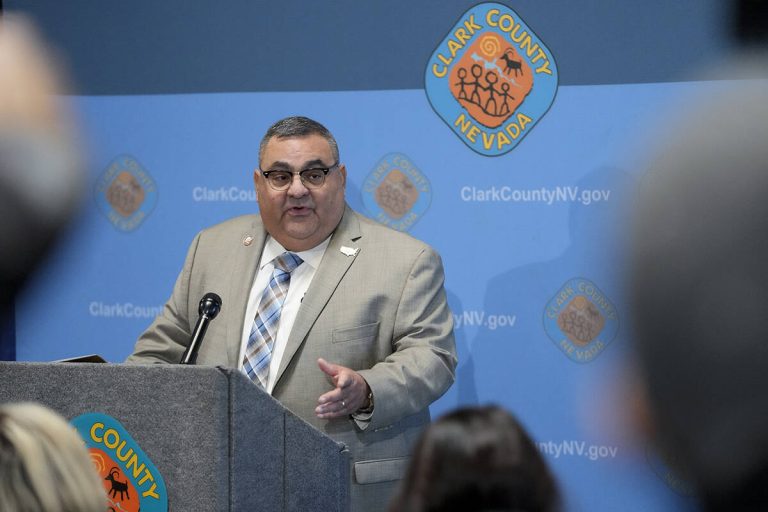 Clark County Registrar of Voters Joe Gloria is holding his daily press conference to provide an update to the county’s ballot counting progress.

Clark County, the state’s most populous county and Nevada’s most Democrat-leaning hub, has the largest share of outstanding mail ballots that need to be counted; most are ballots that were dropped off by voters at ballot drop boxes Tuesday.

Several statewide races are separated by just a few thousand votes, including the nationally watched U.S. Senate race between incumbent Democrat Catherine Cortez Masto and Republican Adam Laxalt. With Democrat John Fetterman winning the Senate race in Pennsylvania and Democrat Sen. Mark Kelly leading by a sizeable margin in Arizona, Nevada’s Senate seat could decide the balance of power in the chamber for the second half of President Joe Biden’s first term.

As of Friday morning, Laxalt’s lead over the incumbent had shrunk to less than 9,000 votes, or less than 1 percentage point, and the mail ballots that have been counted in Clark and Washoe counties have heavily favored Democratic candidates.

And in the secretary of state race, Democrat Cisco Aguilar now leads by 5,400 votes over Republican Jim Marchant, who has been a driving force behind the conspiracy-fueled push to eliminate electronic voting machines in Nevada and elsewhere and went as far as to question his own primary victory in June.

On Thursday, Gloria said the county still had “over 50,000 ballots that need to be counted,” and said his staff will work through Friday’s Veteran’s Day holiday as well as the weekend if needed to count the remaining ballots.

Those mail ballots slowed down significantly Thursday, with Clark receiving just 626 ballots from the postal service, while Washoe received about 200.