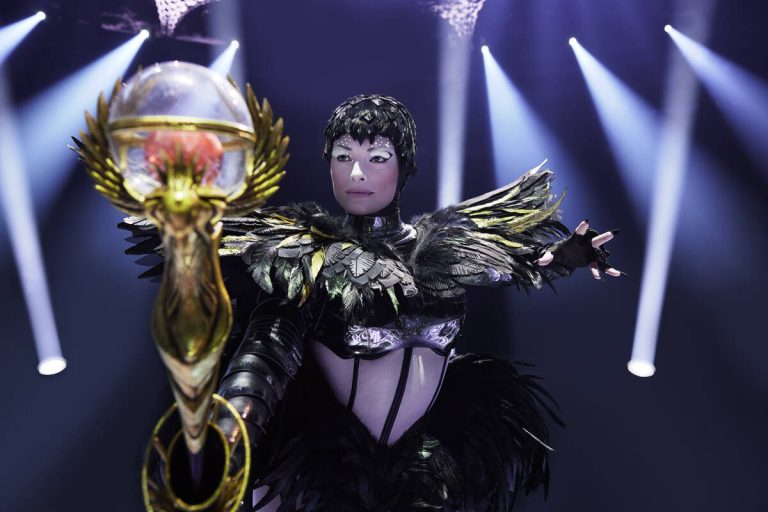 Similar to “Le Reve” at Wynn Las Vegas, the T Spot at Tuscany Suites is no more. But the intimate lounge plays into April Leopardi’s rise to prominence on the Strip.

We first saw Leopardi perform at the T Spot (today’s Copa Room) about a decade ago, as a member of “Alice,” Anne Martinez’s fiery rock adaptation of Lewis Carroll’s “Alice’s Adventures in Wonderland.” The show was typical of many Vegas showcases, inspired and tireless and loaded with local talent valiantly attempting to find a proper Las Vegas home.

Leopardi was an ensemble cast member, catapulting herself around the room, at one point angrily flinging a stack of plates across the stage at her romantic interest. The song was Aeromith’s “Crazy,” fittingly enough for this number. The plates, fortunately, were plastic.

Leopardi has also performed in “Vegas! The Show,” “Zombie Burlesque,” “Sexxy,” “53X” and “Ester Goldberg’s Totally Outrageous Brunch.” These are not (or were not) giant productions. But Leopardi, with her partially shaved red hair and inherent intensity, has always been a standout.

She has since landed the co-starring role of Darkness in “Awakening” at Wynn Las Vegas. This is the show playing where the splendid “Le Reve” ran for 15 years and more than 6,000 performances before closing in August 2020. Bernie Yuman, Baz Halpin and Michael Curry produce the $120 million residency show.

“Awakening” is a cast of 60 along with Curry’s advanced puppet work and a healthy compliment of magic acts. The production plays in the renovated and technically advanced Awakening Theater. The venue was drained after “Le Reve” but is still seated in the round.

Yes, a far leap and a long toss of the plates from the T Spot. This is a dream opportunity, to borrow from the former show.

Leopardi chatted about her role as Monday’s premiere approached.

Johnny Kats: Have you absorbed everything that has happened in your career to the point that you can just focus on the job at hand?

April Leopardi: I don’t know that I will ever be fully calibrated. It’s literally the stuff that dreams are made of. This is just heads above anything I’ve done before. Maybe one day, I’ll get comfortable, but right now I still come to work every day and I can’t believe I’m here.

Those of us who know you in Las Vegas know your skill set, but can you take me through the technical pattern of how you landed the role?

I was contacted by (casting director) Louanne Madorna about this new project. She couldn’t tell me much about it, but she thought I’d be great for it. I had left Vegas for Hawaii for six months, and I was flown into Vegas to do a nightclub performance that happened to be the same week of the audition. … I made it through callbacks. They sent me scripts, not necessarily from this show, but of existing things, to read through. This continued for a really long time until they offered me a contract in January.

Did you have a clear idea of what you this show was about?

She is a goddess. and her other half is Light, who is a god. And they’re very deep, interesting characters. They begin as lovers, and they have a falling-out. They separate, and Darkness becomes very cold and guarded. She’s a woman scorned, if you will, and she becomes the villain to an extent. But the way these characters are written, there’s not a clear good guy and bad guy. They’re both (good guy and bad guy) if that makes sense.

You do speak in this role, right? Have you spoken on stage before?

Not to a great extent. I did “Cats” a long time ago, toward the beginning of my career, so I got to speak and sing a little bit. But I’m used to being up in the air, spinning, throwing plates, expressing a story with my body. So, this is really fun. It turns out, I really like having a microphone. (Laughs.)

There is magic in this show, and you were Murray Sawchuck’s assistant for a time. Are you involved in any of the magic scenes?

There are illusions in the show. I don’t want to give it away before people see it. But I will tell you that I think you’ll like the way the illusions are written into the story.

What is the biggest performance challenge for you in “Awakening”?

This Darkness character is larger than life. She’s a goddess who has been alive for a thousand years, who has completely isolated herself and kind of made herself the queen of her domain. She’s a very lonely character. She doesn’t really interact with anybody, especially toward the beginning of the show. It’s been a challenge to learn how to take myself out on this massive stage with 60 other people, with these puppets and all these crazy things, and, without saying or doing too much, force the audience to pay attention to me. I have to get them to care about me, and what happens to me, during this journey. Those are big boots to fill.